In 1997, King Long together with Tsinghua University developed Rosa series hybrid power bus, the earliest hybrid power bus in China. This bus also joined EVS on behalf of China. In 2001, King Long started to research energy-saving vehicles independently. Back then, hybrid power bus had not gained much popularity. When King Long brought the first hybrid power bus to an exhibition in Beijing, many visitors thought that the bus was so strange. However, this enterprise that explores the so-called strange thing stands out as a pioneer in the following 16 years and shoulders the mission of offering energy-saving and environmental-friendly products. Consequently, King Long has evolved into a trailblazer for the development of China’s new energy bus. 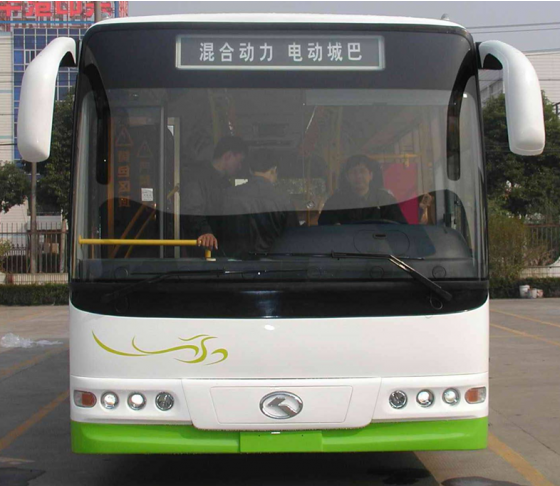 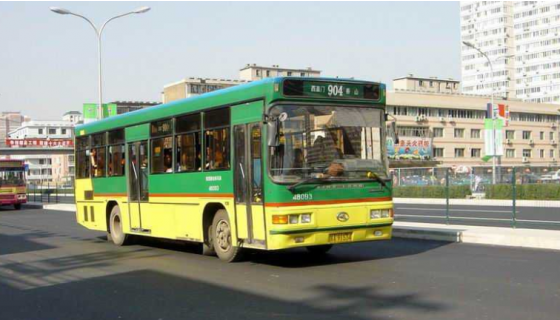 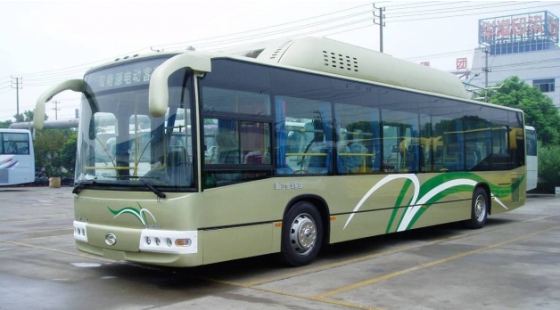 
Michelin Challenge Bibendum, for international clean energy automobiles, took place in Asia for the first time in October 2004. XMQ6120G, a hybrid power bus, competed for all the five programs, won first prizes in terms of its speed of acceleration and fuel efficiency at the group of hybrid power bus and its total score ranked first. 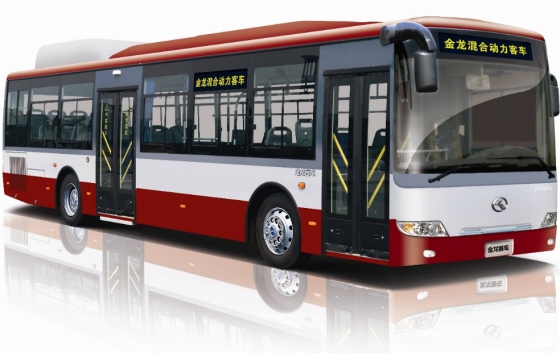 
Since 2003, King Long XMQ6118G, XMQ6117G and other CNG road buses have been exported to Philippines, Thailand and other countries in mass. In 2009, the first hybrid bus XMQ6121H was officially marketed in Singapore, marking a breakthrough for Chinese brand to export hybrid buses to overseas. 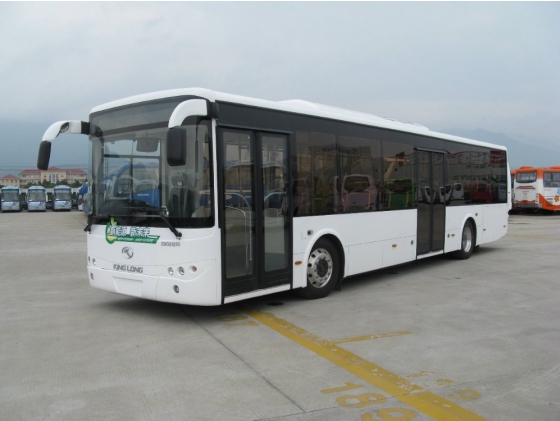 
In 2010, 40 hybrid power buses including XMQ6127AGH43 and XMQ6106GH33 were put into service as the first batch of demonstration operation vehicles of Xiamen. This symbolized that Xiamen is carrying out the pilot program of “1,000 New Energy Buses for 10 Cities,” which also ushers in an era of adopting new energy buses in Chinese cities. King Long new energy buses are viewed as Green Ambassadors by residents in Pingdingshan-Eagle City, Luzhou-City of Liquor, Anshun-Hometown of Waterfall and Xiangtan-Hometown of Celebrities. 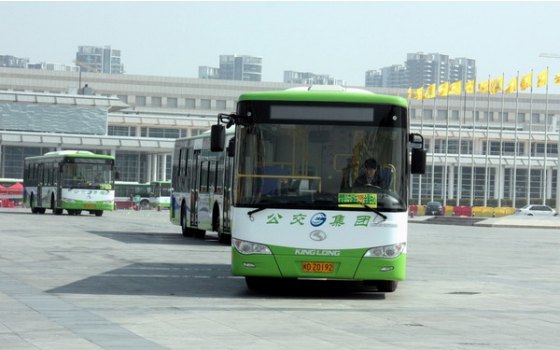 
In 2012, the first batch of 80 LNG powered “long headstock” school buses of King Long were put into service in Zhongshan City, Guangdong Province. It was the first time to apply LNG on school buses in China. These school buses are featured by safety, energy conservation and being smart, which have been well received by local users. 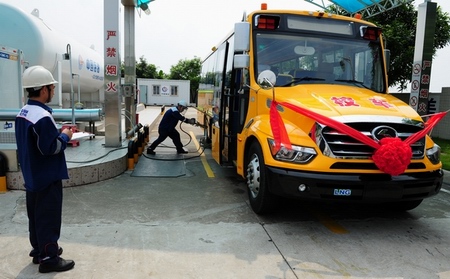 
In 2015, 35 EV buses of King Long served the first National Youth Games, which was the first time for new energy buses to serve such games in China. Besides, King Long EV buses also served China EV 100, Xiamen Marathon and other events to stage pollution-free events. 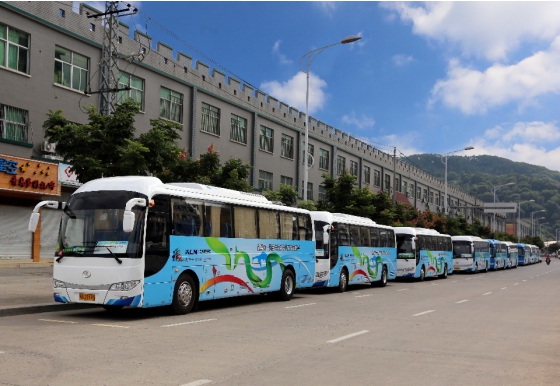 The Record of Biggest Order Gets Renewed 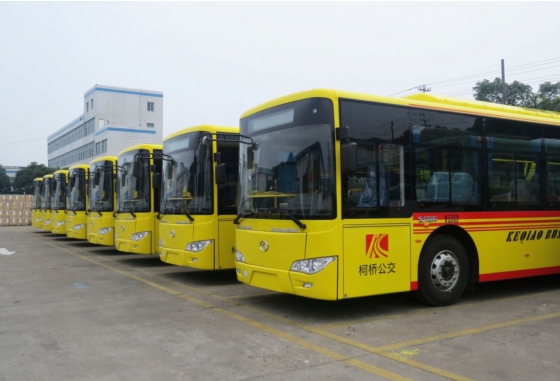 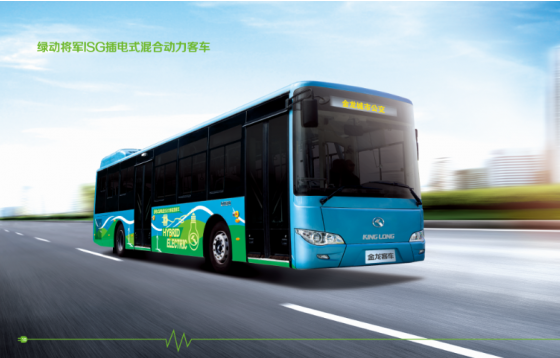 
A new generation of urban bus platform of King Long shoulders the mission and responsibility to act as the light that changes cities. In June this year, new energy mini buses XMQ6850, the first batch of City Lights vehicles, were delivered to Potou District, Zhanjiang City, Guangdong. On the new generation of urban bus platform, new buses have embarked on the journey to make our city a better place to live. In August, King Long’s new energy green transport solution began to be implemented in Shandong. Prior to this move, Qingdao Zhenqing Bus Group had already purchased 100 plug-in hybrid power buses from King Long, serving mobility in West Coast New Area, Qingdao. City Lights are impossible without King Long’s years of research and development efforts and the experience of researching and developing new energy vehicles. In the foreseeable future, this brand new bus platform will further drive the innovation of King Long. This will not only boost the progress of urban bus products and technological upgrading, but also lead the development of the whole industry to advance China’s new energy technology. 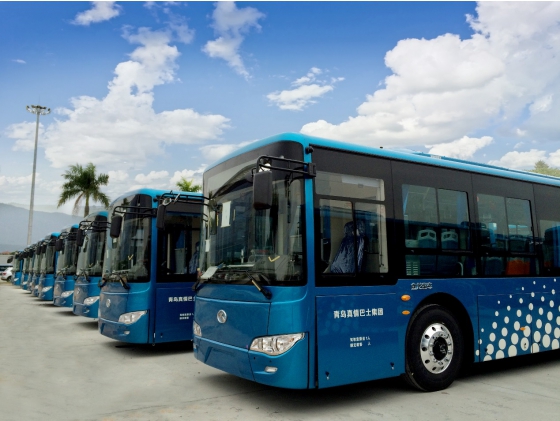 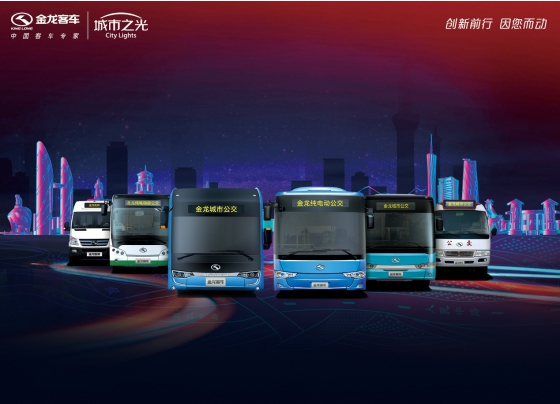